Alumnus Brings Award-winning Poetry to the Classroom, Reflects on Race and Justice 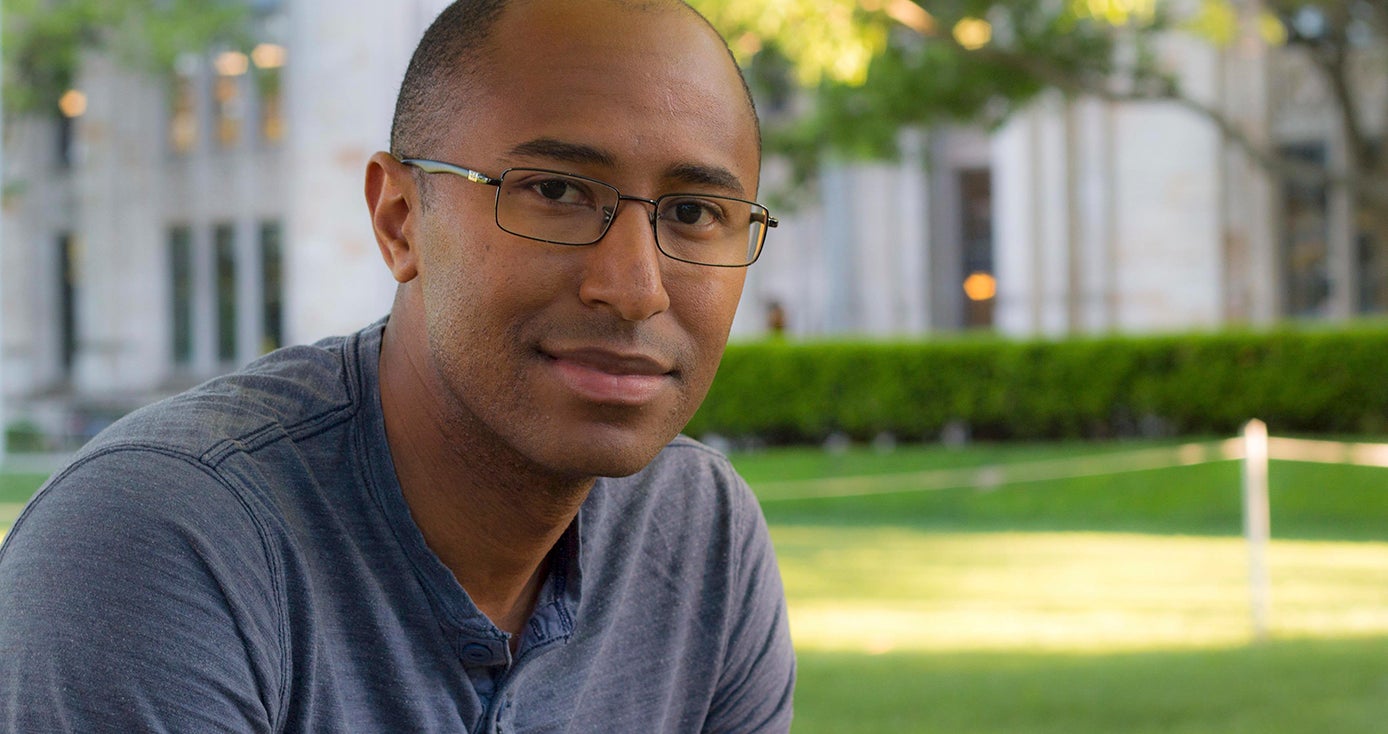 Poet Cameron Barnett (A&S ’16G) is back where his dreams of becoming a writer began — at Fanny Edel Falk Laboratory School, a K-8 institution in Oakland affiliated with Pitt’s School of Education. He returned in 2016 to the same sunny classrooms teaching social studies and language arts where, as a young boy, he loved reading and making up his own stories and poems.

It’s the same place where his fifth-grade teacher, Kisha Davis, the first African-American teacher he’d ever had, recognized his passion and gave him a big, puffy green notebook, “Cameron’s Writing Book,” to encourage his craft.

It’s also the place where Barnett first read the book “Our America,” a story of Black boys growing up in a tough part of Chicago. As the only Black student in his class, he said the book forced him to grapple with the idea of Blackness. “I began to recognize that the kids in the book were not like the kids who were around me,” he said.

“Reading the book was like looking through a window and into a mirror at the same time,” said Barnett, who was born in California and whose family eventually settled in a middle-class East End suburb of Pittsburgh. While the boys in the book did not live like he lived, they were Black and he said he felt connected to their struggles. At the same time, he fretted that his white classmates saw the characters’ lives as representative of every Black life. 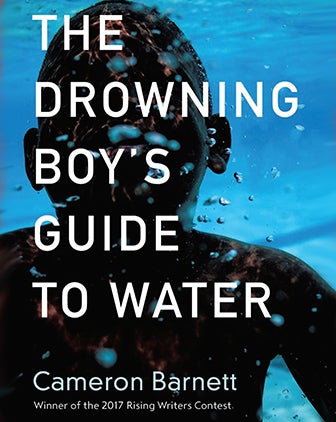 Barnett began Falk as a second-grader in 1996 and finished there in 2003. Coincidentally, it is also the place where Barnett learned that his first book of poetry, “The Drowning Boy’s Guide to Water,” was beginning to wade into the hearts and minds of readers. In the middle of one workday, his publisher, Autumn House Press, called to let him know that he had won the distinguished Rising Writer Contest for 2017. His dream had become reality.

The book is about racial oppression, microagressions and history. Barnett draws from his own experiences and from larger moments such as the Middle Passage, Hurricane Katrina, the massacre of the nine Black worshipers in Charleston and more.

At Falk, word quickly spread of his book and accomplishments, and the curious students, more diverse than when he was in school, asked about his work. They wanted to know how it was selling on Amazon and how much money he’s made. For a while, a poster of the cover sat in the window of his classroom, and Barnett has used some of the poems to teach poetry, metaphors and the human condition.

The book gained the attention of adult readers as well. It was nominated for the Anisfield-Wolf Book Awards, which recognizes work that makes “mportant contributions to our understanding of racism and our appreciation of the rich diversity of human cultures.”

In April, the book’s poem “Cygnus” was published in The New York Times Magazine. And, Barnett said he’s still wrapping his mind around the fact that the book was a finalist for outstanding literary work at the 49th annual NAACP Image Awards this January.

As an undergraduate student at Duquesne University, Barnett majored in Spanish and English with a concentration in writing. After graduation, he took a couple of years off — traveling and working in a restaurant — before seeking a Master of Fine Arts (MFA) at the University of Pittsburgh’s writing program.

Barnett began MFA classes in 2013. It’s the same year that noted poet Terrance Hayes, who also earned his MFA from Pitt, was coming back to campus to teach.

Barnett said Hayes “was so influential” on his writing. “He helped me to stop writing bad poetry. He helped me understand how I write and what it is I’m trying to express and to put it in better language.”

His classroom workshops with Hayes were illuminating, Barnett said, but the one-on-one conferences in Hayes’ office were most fruitful. It was where Hayes’ breadth of poetry knowledge, his questioning of Barnett’s ideas and his prompts to rethink wording challenged the young writer to redraft.

IV.
We boil water to get rid of impurities.
‘Impurity’: anything of color you can see in the water—
anything in the water you can’t see.

V.
Eight glasses a day is a myth. The body speaks
of hydration through thirst, which is to say
you only need as much water as your body requests.

VI.
When I see a black body I am reminded of water:
pools, rivers, drinking fountains, triangle trade—
always a removal, a taking away, taking out, taken from.

Barnett said Pitt assistant professor and award-winning writer Yona Harvey was also a key influence. She pushed Barnett beyond the boundaries of feeling safe with his work. She encouraged him to unleash his emotions, be angry, to confront structure and tone and to “blow it up a little bit.”

At one potluck dinner, Barnett confided to Harvey: “I don’t feel like I can write about being Black, because I didn’t have a typical Black experience.”

Harvey’s response, Barnett recalled, was that “you are a Black man, so your experiences are Black experiences. That’s how it works and it doesn’t have to fit any sort of mold.”

It was a flash that pushed Barnett toward new possibilities. “My brain just stopped. At that moment, I really started to dive into my actual feelings about all the complicated layers of race and decided I would no longer write what I thought would be best for people to hear,” he said.

It was in a meeting with Hayes that Barnett said he became aware that many of the poems he was compiling had water as a theme or metaphor. It was also Hayes who observed that the poems were about Blackness and floated the idea that water should stand in for and resonate with the ideas of Blackness that Barnett addressed.

Back at Falk, something else that resonates with the writer is the “full-circle feeling” of teaching in the same sunny classrooms that gave him so much.

“It feels like I’m giving back to future generations of kids with whom I have a lot in common,” he said. “I’ve found that working with middle school kids has a lot of great challenges and rewards in creative writing.”