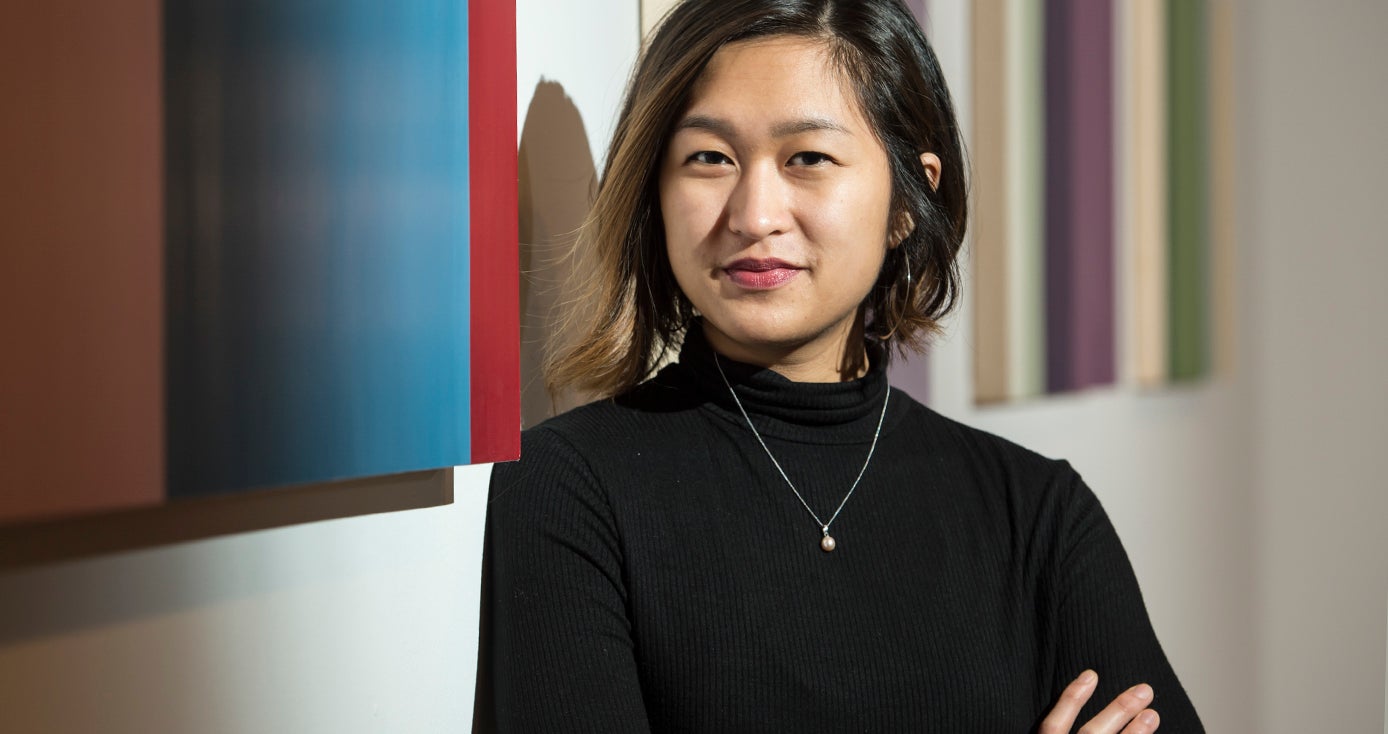 As the time until graduation dwindled from weeks to days, Pearl Galido often found herself reflecting upon the topsy-turvy path that lead to the pursuit of a dual degrees in science and humanities.

When the 22-year-old native of North Wales, Pennsylvania, first enrolled at Pitt, the plan was to stay on the steady track she had been forging toward a career in medicine since high school. To supplement what she knew would be a tightly structured pre-med chemistry schedule heavy on math and science, Galido decided to use a studio arts minor to fulfill creative urges that failed to fade with a high school diploma.

Visit our Commencement 2018 page for more stories and information about this year’s celebrations.

Which is why when the time came to step away from her minor and focus solely on chemistry, the notion shook her to the core.

“There’s a quote that says something along the lines of, ‘One of the reasons you keep doing artwork could be because you’re too scared not to,’” said the new University of Pittsburgh alumna. “Spring semester as a sophomore, there was this huge potential that this could be the end of my academic pursuit of art, and that was kind of scary.”

By this point, the years spent picking up art electives and painting independently before college combined with two years in the studio arts program had ingrained visual arts into Galido in ways that shined through before she even had a chance to make an introduction.

She spent so much time around Pitt’s Frick Fine Arts building for classes and personal projects that she struck up friendships with the grounds crew tending its gardens. Even her appearance — a sharp, black-and-honey-blonde-tinted bob and a delicate gold hoop dangling from her septum — were nods to her creative spirit.

But still, when the idea of a double major in chemistry and studio arts came into play, she said her fears multiplied: Was this feasible? Would she be able to stay on top of the tasks required for her rigorous chemistry major and her lifelong dream to study medicine? Was there too much of a gap between the disciplines to bring them together in a practical way? Was she crazy for even thinking of it?

The support from department chairs and heads along with family and friends made the idea less intimidating and more exciting than she had imagined at the onset. In a true embrace of the merger of majors, last year Galido won a Summer Undergraduate Research Award for a proposal to create paintings using watercolors made from berries, spinach and other organic materials put through a process she learned in a chemistry lab called thin-layer chromatography — which separates color-producing molecules into individual shades.

Another opportunity to align her two majors came this year through the physics and astronomy department’s Artist in Residence program, which recruits student artists to create works inspired by sights and sounds found within the department’s labs. This project gave Galido an opportunity to collaborate with Dennis Doyle, a 20-year-old junior who happened to also be taking a dual chemistry and studio arts major.

The duo hunkered down with researchers attempting to trap the motion of diamond nanoparticles by using radio wave frequency. This inspired a project focused on resonance — the point at which the correct radio wave frequency required to control and trap the particles is found. The concept inspired a gray-and-white screen print meant to model the paused particles and an interactive computer display where users mimic the process of finding resonance.

Considering Doyle shared many of the same reservations as Galido did about merging the majors, working side by side and seeing her results has been encouraging and inspired him to declare the major in her footsteps.

“It’s been really reassuring, getting to have classes with her and seeing her go through the process. She’s been great to have as a friend, classmate and collaborator,” he said.

With all classes — in both chemistry and studio arts — over for good, Galido found herself at yet another crossroads between the sciences and humanities in terms of her future plans. Only this time, she was a lot more certain about bringing the two together.

Galido plans to enter AmeriCorps’ ArtistYear program and will teach in either Philadelphia or Queens, New York.

When her year of service is up, the plan is to enroll in medical school and get back on the path toward becoming a pediatrician — a path made much clearer thanks to a second major with closer ties to medicine than she initially realized.

“Being a clinical professional requires hard sciences but also requires the compassion the humanities gives you and the ability to connect with people as well,” she said.