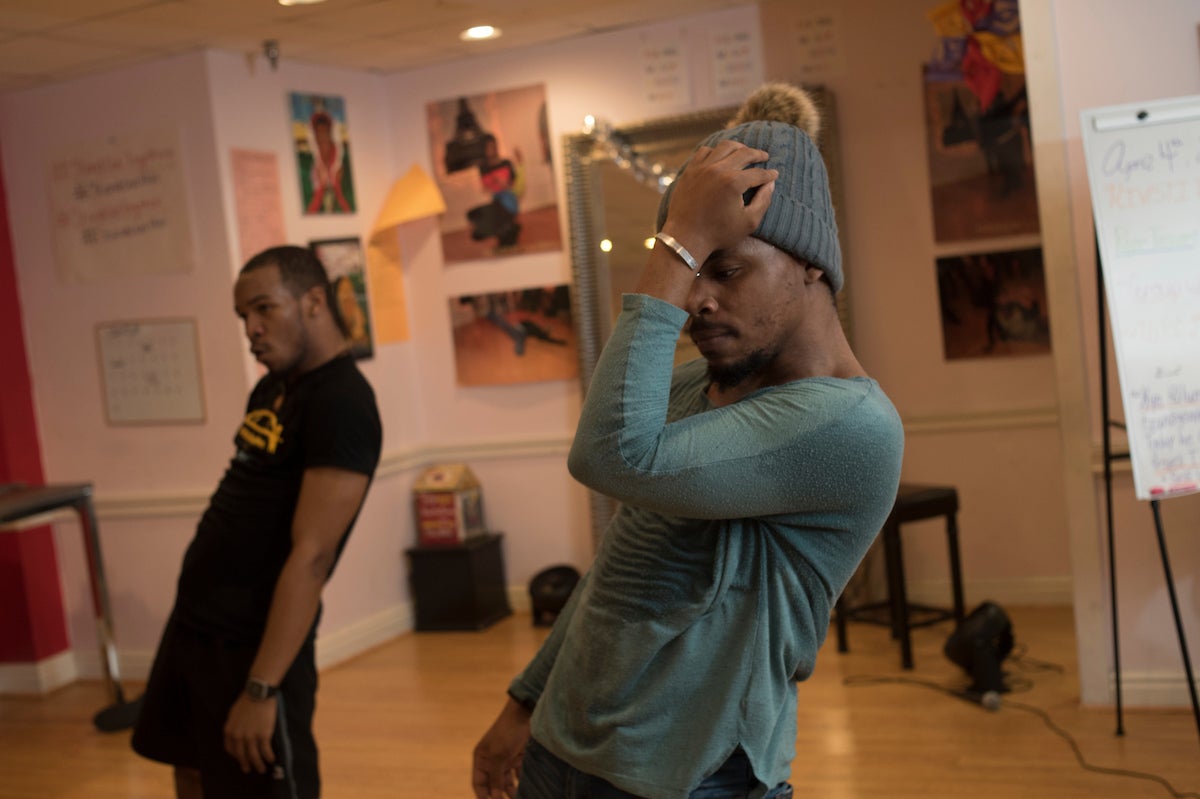 This story, written by Gavin Jenkins, first appeared in the summer 2017 issue of Pitt Med magazine.

Tyreese Taylor and Roi Johnson sit on the hardwood floor in front of their vogue class at a place called Project Silk in downtown Pittsburgh. To vogue is to dance like a fashion model might — confined, yet athletic, with moves as though a catwalk has rolled down the dance floor. At Project Silk, vogue is a favorite pastime.

Taylor and Johnson are 22-year-old Pittsburghers who came out to each other in middle school and have frequented Project Silk since they were teenagers. Taylor says he can tell Johnson anything without fear of judgment, and Johnson admires Taylor for his courage. Run by Community Human Services, Project Silk is a community space for LGBT people of color from ages 13–29. Here, they commune, dance and get connected to housing, education and wellness opportunities. Ken Ho, a physician and assistant professor of medicine at Pitt, is Project Silk’s medical director.

Each Tuesday evening, Taylor is the vogue instructor, and Johnson leads the warm-up. On this night, Johnson spreads out his legs and leans over toward his left foot, instructing the 14 dancers facing him to do the same.

Behind them is the entrance to a computer room. A television, stereo, futon and black couch are on the other end of the space. The rest of the decor seems to reinforce the tragic reality of Centers for Disease Control and Prevention (CDC) statistics: In the United States, young, gay African Americans are more vulnerable to contracting HIV than any other demographic. For all of medicine’s advances in taking on HIV and AIDS, these young people are slipping through the cracks.

At Project Silk, a condom dispenser has been affixed to a closet door. Someone has hung on the wall a drawing of an AIDS ribbon wearing boots; posters proclaiming "Testing makes us stronger" and "Born Brave" drape walls and doors. 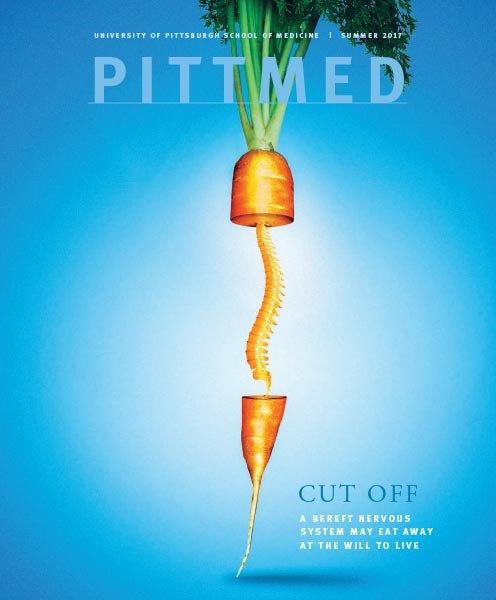 In 2015, African Americans made up 13 percent of the nation’s population and 45 percent of new HIV cases. And, of the latter number, 67 percent were men who have sex with men (MSM).

Allegheny County’s HIV statistics reflect what’s happening nationally among MSM. According to the county health department, men constitute the majority of new infections, and the “risk factor attributed to the greatest number of new HIV cases” is MSM. And here, infection rates among African Americans are almost seven times higher than among people of European descent.

Grassroots organizations like Project Silk are integral to AIDS Free Pittsburgh, a public health movement that aims to eliminate new AIDS cases and cut the rate of new HIV cases by 75 percent in Allegheny County by 2020.

Inspired by similar collective impact initiatives in New York and San Francisco, AIDS Free Pittsburgh is made up of 23 groups — government, social service, and health care organizations, as well as the University of Pittsburgh.

As he stretches to the left, Johnson begins telling the class about the importance of staying limber before dancing, but he stops mid-sentence when he notices a friend in the front row.

“That is exactly why I failed gym,” the friend says.

The class erupts in laughter, and after a minute, the warm-up continues. In conversation later, Taylor and Johnson say they joined Project Silk to meet other LGBT people. Before Project Silk, Johnson says Taylor was the only gay person he knew.

“[Project Silk] opened up a whole bunch of doors to a whole bunch of other things,” says Johnson, who wants to be a music producer or a nurse someday. (For now, he’s doing a lot of babysitting for family.) “I’ve met new people, found jobs.” Taylor, who aspires to be a journalist, says that frequenting Project Silk also has helped him understand the importance of getting tested for HIV. 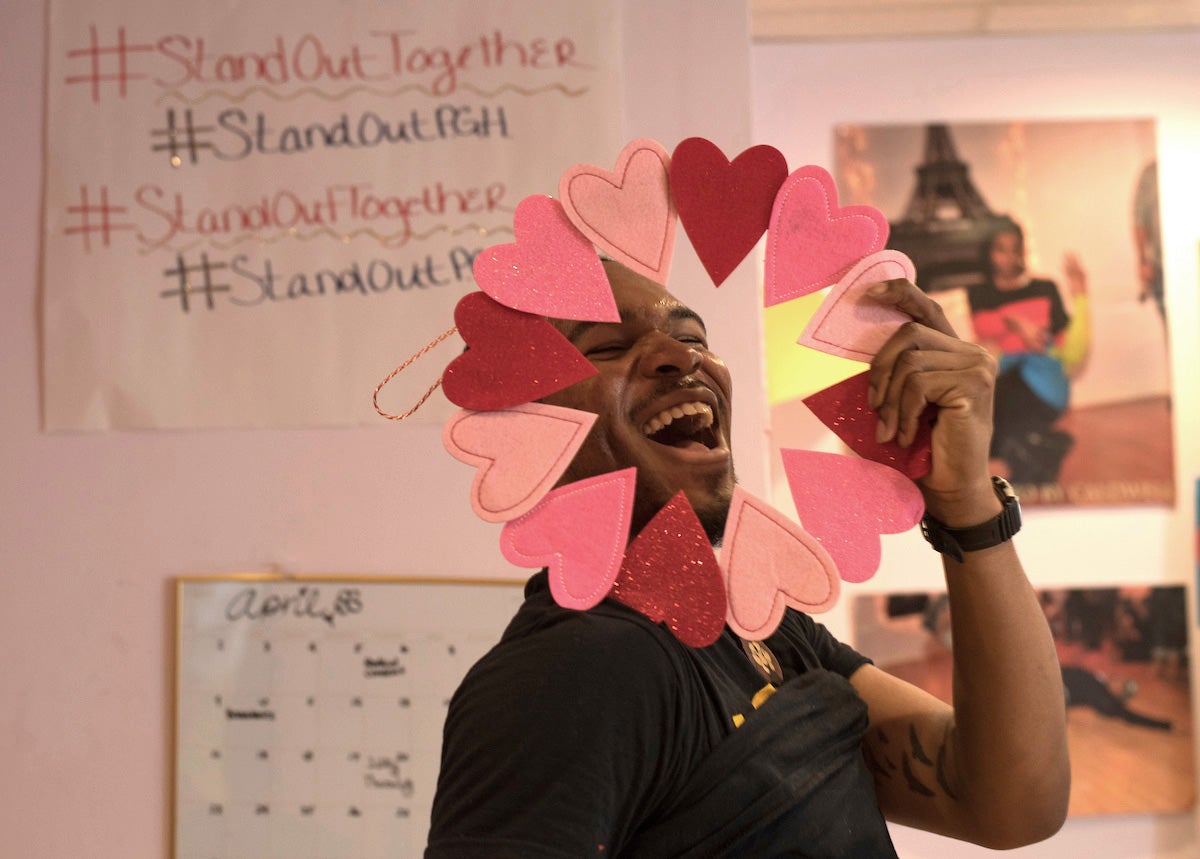 “It was headed in the wrong direction,” says John Mellors, chief of the Division of Infectious Diseases at Pitt and holds the endowed Chair for Global Elimination of HIV and AIDS.

Mellors believes that the epidemic has slipped out of the public’s consciousness. And it’s not just the general public that’s disengaged from the conversation; those at high risk are detached from the reality of the epidemic, as well. “Minority MSM are not connected to major health care institutions," he says.

“As soon as one institution or entity begins to drive it, it’s not going to work,” Mellors says.

The community partners are taking a three-pronged approach to ending AIDS in Allegheny County: HIV testing, treatment and prevention. HIV testing will be the “fulcrum” for AIDS Free Pittsburgh’s success, says Mellors.

Continue reading: There's more to the story of Project Silk, Mellors' and Ho's work, and the medicines that can help keep HIV from becoming AIDS.