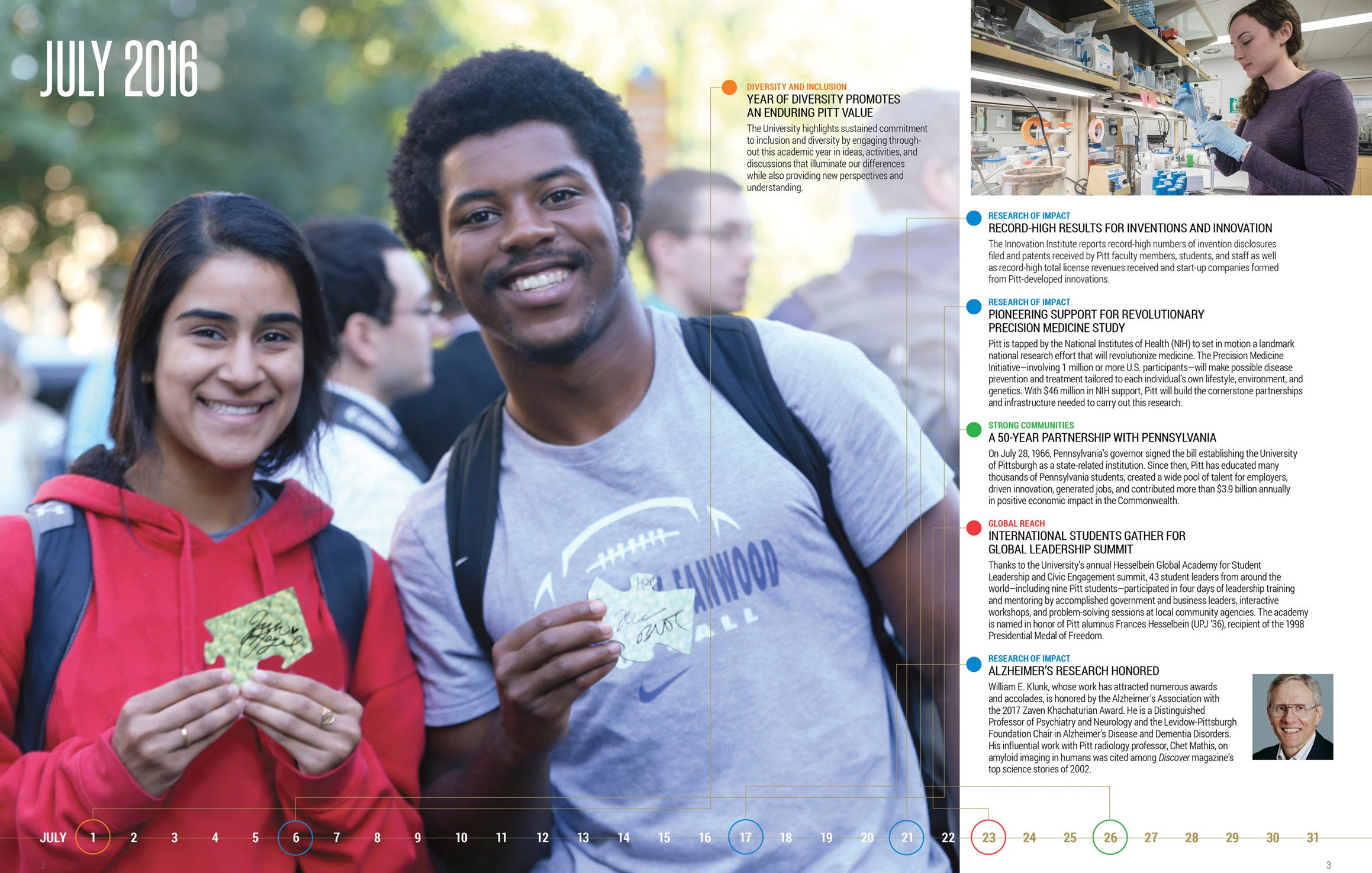 “Pitt’s 2016-17 academic year is filled with milestones that directly showcase the brilliance and diligence of our faculty, staff, students and alumni,” said Chancellor Patrick Gallagher. “These successes helped define Pitt as a vital community anchor, research leader and economic engine — roles that we are honored to embrace and will continue to grow.”

Among the highlights of the last academic year, which ended June 30, 2017, was the establishment of the School of Computing and Information, Pitt’s first new school in more than 20 years. Pitt faculty members and students acquired more than 90 patents and drew in more than $764.5 million in external research support. Additionally, the University’s annual economic contribution to the commonwealth continued its steady growth — now calculated to be $3.95 billion — and the state saw a $26 return on every $1 it invests in Pitt.

Beyond institutional facts and figures, this annual report provides a month-by-month summary of success stories of people from throughout the Pitt community, including the following:

These stories, and many more, are cataloged and celebrated in "365 Days: University of Pittsburgh Annual Report 2016-17."