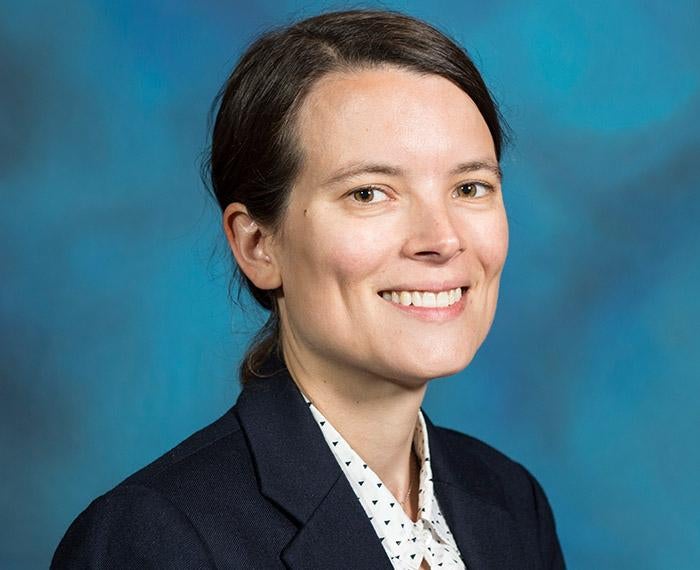 The brain’s cerebral cortex is made up of distinct regions involved in myriad processes, from sensory perception to cognitive functions like memory, attention and decision-making. University of Pittsburgh neuroscience researchers have found that the properties of one neuron subtype — somatostatin-expressing neurons — are specialized in different subregions of the cortex. The study was published Sept. 6 in Cell Reports.

Caroline Runyan (pictured), assistant professor in the Department of Neuroscience in the Kenneth P. Dietrich School of Arts and Sciences; Christine Khoury (A&S ’22G), a postdoctoral associate in Runyan’s lab and the first author; and lab technician Noelle Fala (A&S ’20) set out to determine whether somatostatin-expressing neurons play similar or different roles in the auditory cortex, which is responsible for processing sounds, and the posterior parietal cortex, which is responsible for integrating sensory information to form perceptual decisions and guide behavior.